How to Engerize your ideals

Rembetes and their attitude to life is a testament to how you can energize your reality when you energize your ideals. They lived in the present with a “raw” realism, because reality was inescapable. However, with the same intensity, they found courage through an idealism that reflected the truth of their heart and their human experience which gave meaning and purpose to life. They did so by giving value to one other, being honest about the circumstances of their reality, and drawing inspiration from the experience of living itself.

More often than not, the word “reality” carries a negative tone. Reality is a cold stark truth; filled with hardship, disappointment, and unfulfilled potential. And although we are intrinsically lead by our ideas and hopes for something better, we are taught to adopt a “realistic” perspective of life. We become skeptic of dreams and a vision for the future and even more so of ideals. How are we to find inspiration when we feel the starkness of reality so deeply? How do we find what drives us forward? Ignites our purpose? Gives us the energy we need to create a meaningful life?

Is realism so separate from idealism? Or is it our ideals that bring purpose to our reality? Our values that bring meaning to our actions? And our priorities that validate our decisions? How does the immaterial color the abrasive materiality of our experiences? Courage, love, trust, integrity; where do they lay? How do they come to life? How do they bring us to life? 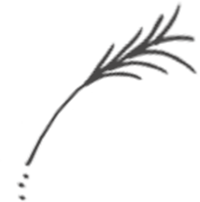 This is the Topic examined in our experiential seminar! Hit the “Experience” tab above to read all about the dialectic games and activities that unravel in your day. 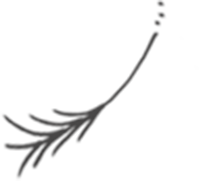 Want to read more about this Topic? Here’s our insight on the matter. 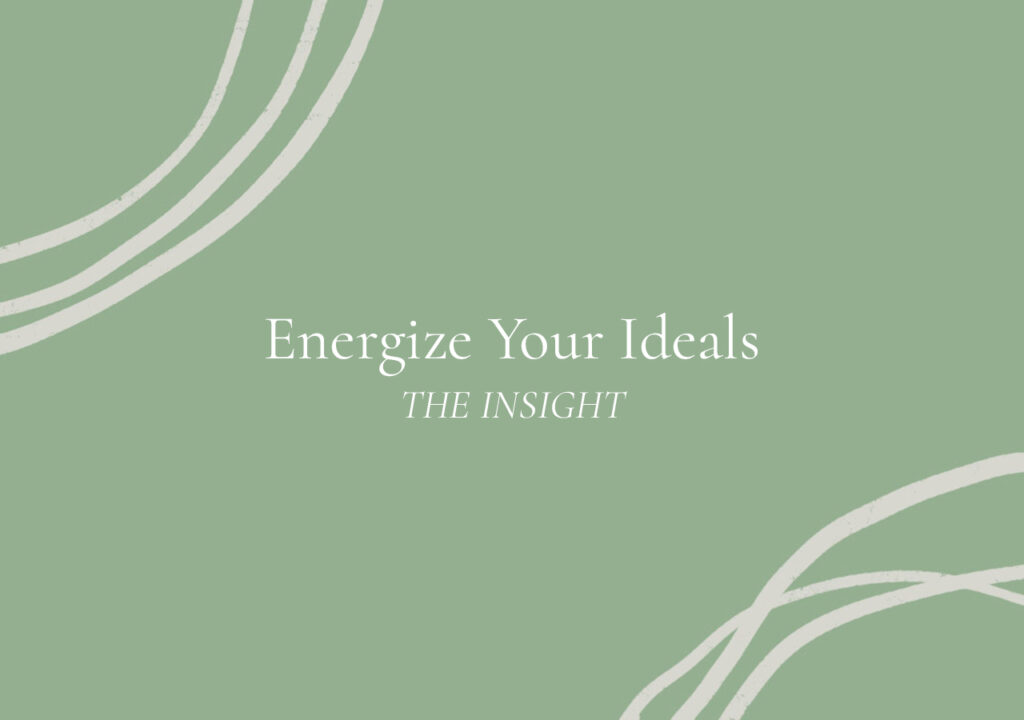 Rembetiko is a term used to describe a genre of music in Greece during the turbulent early to mid 1900’s. With seemingly little to fuel inspiration, people belonging to the growing lower classes, developed a voice through music and dance that came to be known as Rembetiko. Rembetiko was born between those who worked off the alleys and corners of ports and the Greek refugees who came from Smyrna in great numbers. The sailors, the small merchants, the laborers, the manual and unskilled workers; those who dotted the piazzas, the butcher, the grocer, the taverna waiter, all those who battled the challenges of their reality. Rembetiko was the voice of these people. They described through simple verse and uncharted music their destitute reality, marking their ground and finding meaning in their poverty and social isolation.

Τhe day will unfold in different corners of Piraeus: from its industrial port of echoing clanks and rumbling people, to its quieter neighborhoods of narrow tangled streets in Drapetsona, and the sea front of Peiraiki. In old authentic tavernas from the 1900s, you will peel back the line between idealism and realism. Rembetiko’s melody and lyrics capture all the difficulties and beauties of the human experience as a harmonious co-existence. Their reality was defined by an idealistic wish to move forward. Simple lyrics, by seemingly uneducated men, but wise in meaning, honest in emotion and poetic in their truth.

Through Sophia’s Best Dialectic Games, you will embark on an experience that will help you recognize the values that energize your path forward. Where large metallic ships and cranes are the pillars of a neighborhood, you will dive into three musical stages that explore varying qualities of ideals. These three stages will be revealed once you arrive. With the knowledge of Local Mentors, you envelop yourself in Rembetiko music and dance.

As the bouzouki rings around you and your body imperfectly sways, you’ll express all the ideas and values that make reality meaningful. 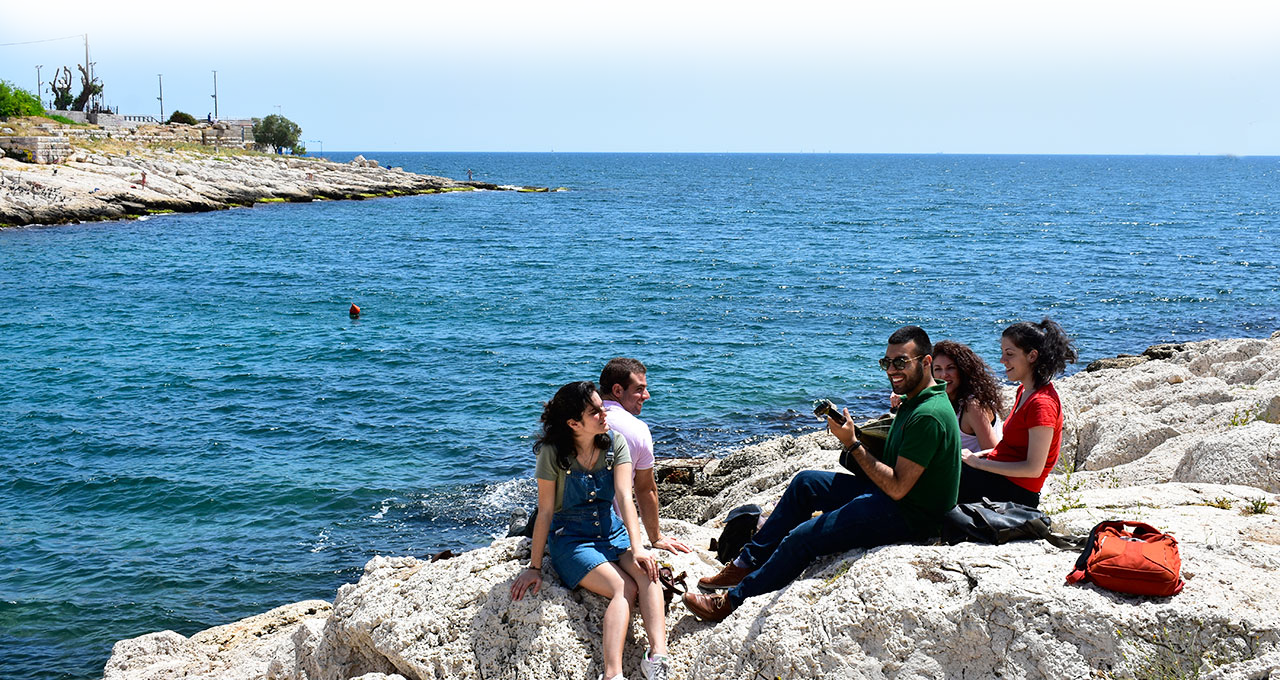 Following the chords of a Local Mentor’s baglamadaki, you read, sing and even write Rembetiko songs. Exploring the feelings and thoughts that inspire your own lyrics and color your own reality.  You will sing words of pride and honor, of purpose and hope and a life worth living. You will energize your ideals and bring to life the values that surge inside you; that give you the energy and optimism to move forward. In a single Rembetiko verse, you will feel the weight and lift of the Rembetes’ reality; where the difficulties of circumstances were overcome by the passions and promise of the human condition.

Rembetes could spill their souls through music and dance. In underground cluttered tavernas, words and body came together to express a zeal for life. Likewise, you too will dance to the subtlest passions that forge you forward and give your feet direction. Settled in an aroma of afternoon wine and traditional food, a Local Mentor guides you through the steps of traditional Zeimbekiko. This is an improvised dance for the courageously honest. You will dance in a space safeguarded by camaraderie and a deep recognition of being human. Your feet guided by the values you hold in your heart as the music beats against your chest. 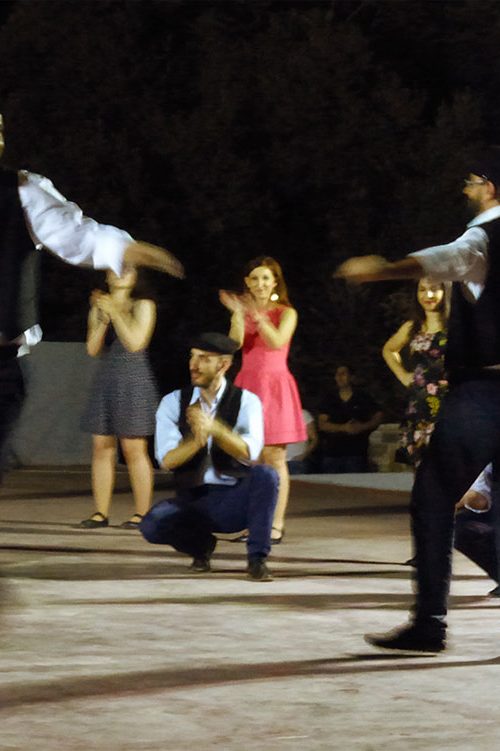 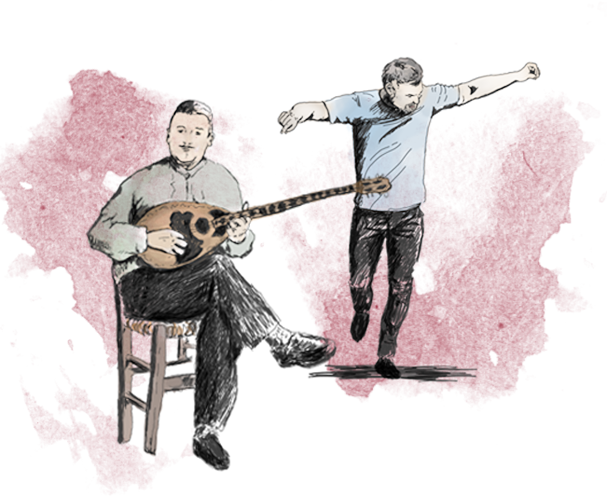 Sophia’s Best Dialectic Games are woven between every song and dance challenging your thinking processes. Through each of the three musical stages, you examine the immaterial quality of your experiences; revealing the values that energize your behaviors and your actions. Courage and honor lead your steps ahead whilst fear and insecurity draw them back. You bow down with the weight of pride but rise up with the strength of love. You flow through the unexpected shifts and changes of music, only to realize the twists and turns of life’s challenges. Finding the balance between your steps as the momentum of each move gives you the energy to continue your dance.

We don’t expect you to dance with the sway of a Rembetes or to move smoothly, we simply want you to courageously feel the passion with which they lived the moment, every moment – as precious and ephemeral as life itself. The way they basked in the honor of their reality energized by the light of their ideals.

What is not Included

Our original price does not include transportation and accommodation. Excluding these factors from our original price leaves room for flexibility around your personal needs and budget. Perhaps you already have a car or prefer a van? Maybe you enjoy luxury hotels or prefer local homes? It is up to you.

Although we do not provide these services, we collaborate with authentic accommodation and local transportation providers in each region. There are multiple options at hand, so we can decide together upon a choice that respects your personal needs and budget.

Similar Seminars you may Enjoy 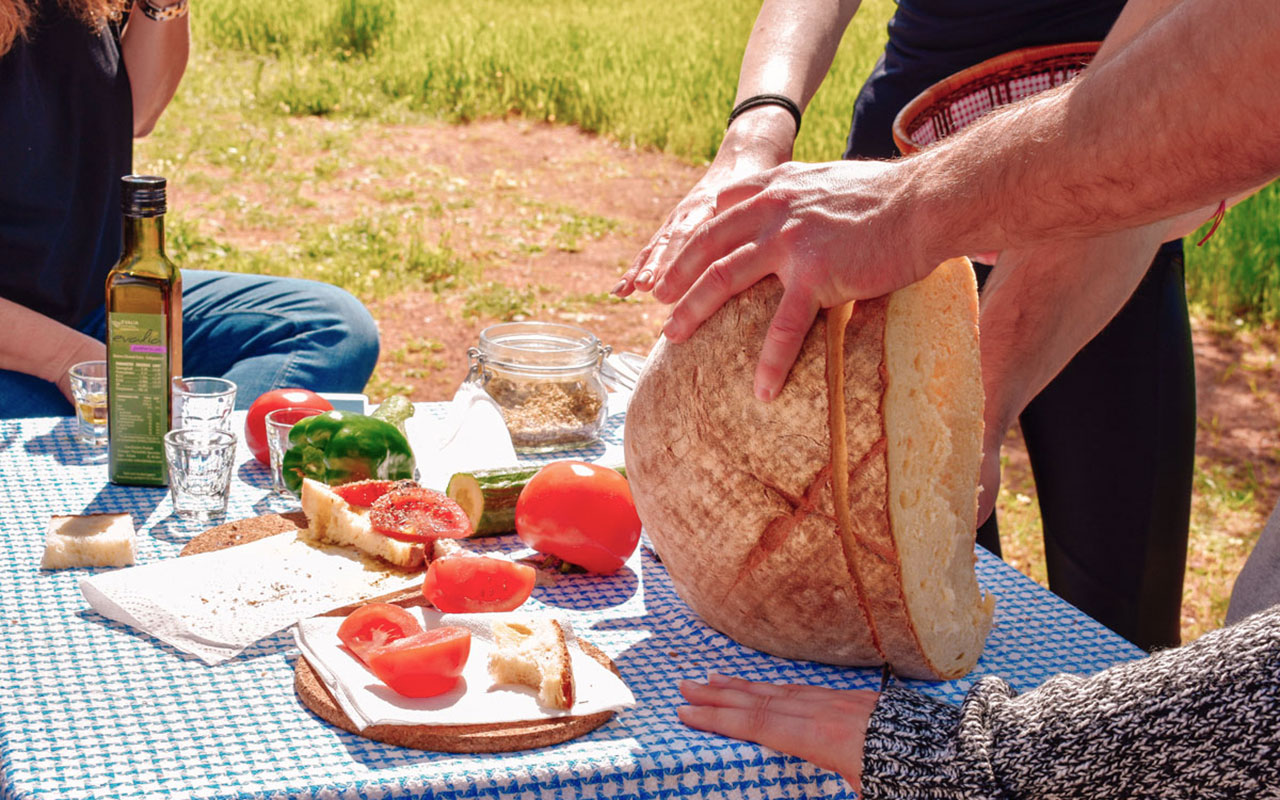 For 2 days, Aigialeia will be an example of authenticity. Witness and experience what it means to explore the real you. 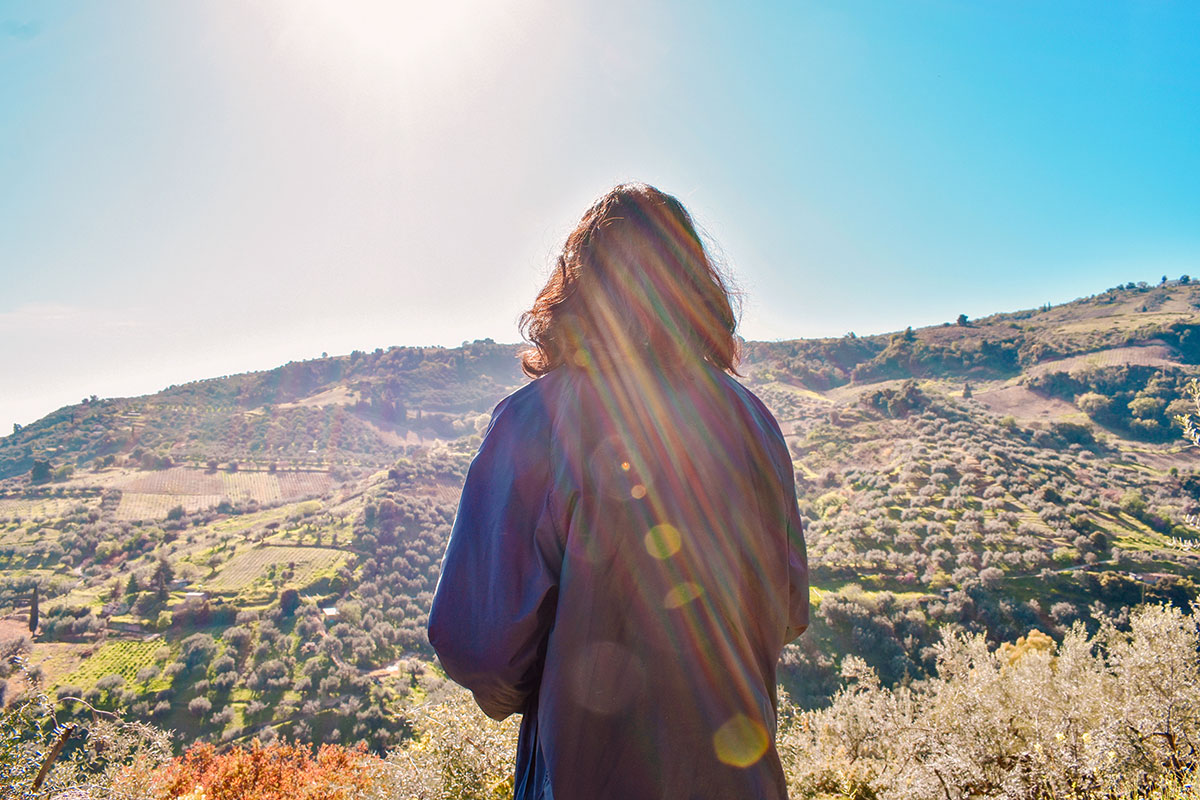 Spend 2 days philosophizing on the nature of truth as you venture into Athens and search for the city’s true identity. 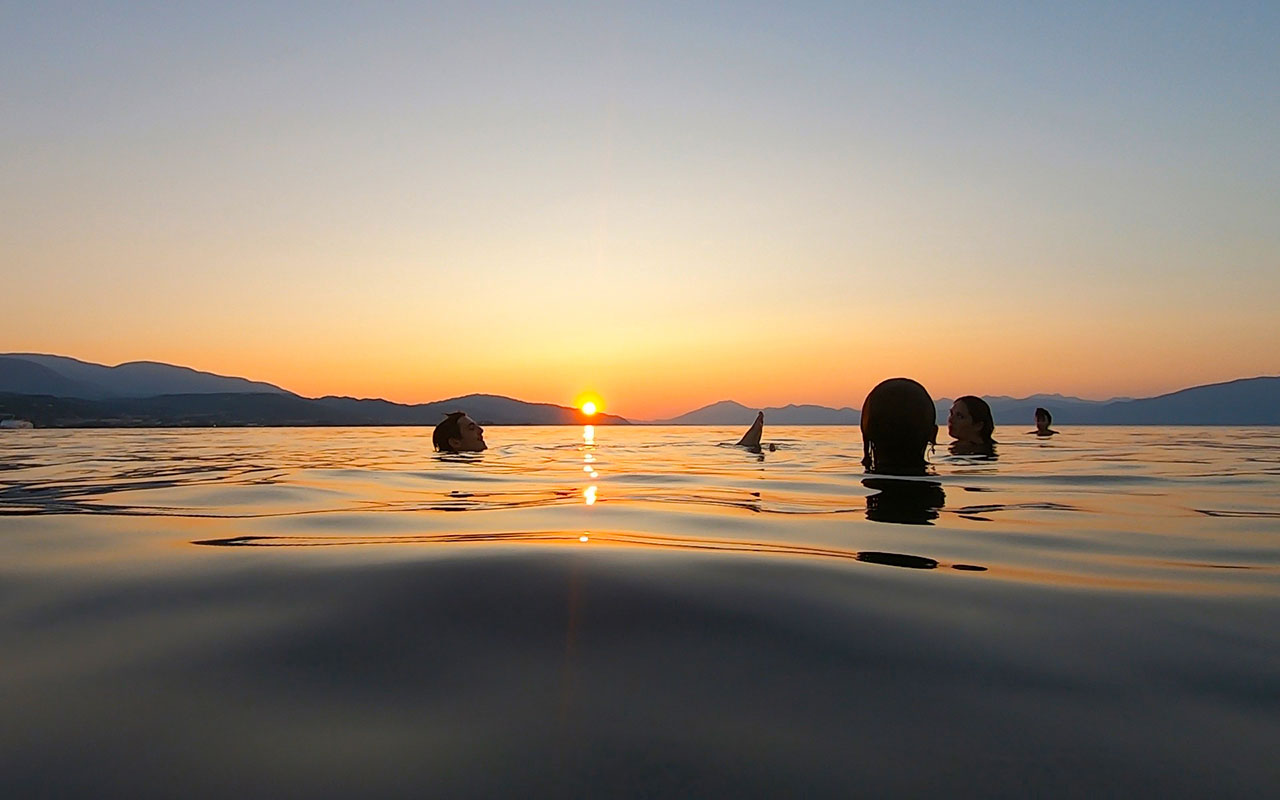 For 2 days, in the mountain slopes and sea shores of Southern Peloponnese you explore the benefits of personal balance.

FIND OUT MORE
Scroll to Top